Darnell Kenebrew is a data analytics engineer at Meta and an executive captain for COOP Careers — a nonprofit for overcoming underemployment. A first-generation college graduate, Kenebrew earned a bachelor's in computer science, kicking off his...

Whether you want to learn about coding or are already enrolled in a coding bootcamp, encountering new terms can be challenging. Understanding coding jargon is essential to growing your programming knowledge and skills.

The glossary below includes words and phrases that form the foundation of programming terms. It serves as a helpful reference and practical guide as you get to know the ins and outs of coding jargon.

These terms to know for programming include words and phrases from several broad categories. Programming languages, databases, libraries, and frameworks accompany core programming concepts and components.

Active Record: The interface between a database and logic code. It takes data from databases, classifies it, and creates tables; common in Ruby on Rails

Algorithm: Rules or instructions written instruct a computer how to solve a problem

Angular.js: An open-source set of tools to build a Java-Script framework to develop single-page applications; a workaround to make HTML more dynamic.

Application Programming Interface (API): The software intermediary for two or more computer programs communicating with each other

Array: A data structure that can store a similar collection of elements

Back End: The server side of web development that focuses on parts of the website users do not see, such as website architecture, scripting, and databases

Binary: Having only two components; information represented using only two options (often 0 and 1)

Block: A section of code

Bug: An error in code that keeps a program from functioning

Build: To convert source code to a standalone form executed on a computer

Call: A variable in a program or a piece of code

Char: An abbreviation for character often used in programming languages

Class: A template used to create and define data structures or objects; common in Java and object-oriented programming

Client-Side: The operations in a web application that take place on the client end of a client-server structure

Code Review: the stage where people check a program by viewing and reading its source code; vetting code to ensure it works and follows proper syntax

Command: An instruction given to a computer

Compiler: A program that translates computer code from one programming language to another language or code

Constant: A value that does not change during the execution of a program

Data: Information stored on or processed by a computer

Database: A collection or set of data used for access, management, and updates

Decompose: To break down a problem into smaller problems

DRY: Acronym for the software principle "don't repeat yourself" that emphasizes efficient and easy code

Dynamic Language: A programming language that verifies and enforces constraints at runtime, instead of beforehand, such as Ruby and Python

Else Statement: An alternative statement in programming languages executed if the result of a previous test condition is not satisfied

Event: An action identified by a program that leads to something happening related to system hardware or software

Exception: An unplanned event that disrupts the normal flow of the program

Flowchart: A diagram representing an algorithm or a program

For Loops: An instruction to iterate a block of code a set amount of times, as declared by the programmer or the computer

Framework: A pre-packaged set of components and solutions to expedite software development

Front End: The user side of web development that focuses on appearance and functionality

Function: a group of instructions combined into a single line of code that carries out an self-contained task

Hardcode: Code that includes fixed data; a hardcode can not be altered unless a programmer changes the source code itself

Input: Data entered into a program to be processed

Iteration: Each time there is execution of program instructions

jQuery: A library of JavaScript code

Keyword: A term used in programming that has a predefined meaning and reserved use

Library: A collection of resources for computer programs and software development including prewritten code

Local Environment: A coding environment where the user runs a website from their machine rather than one provided by a web host

Loop (see also For Loops, Infinite Loops, While Loops): A sequence of instructions repeated until an specific outcome or condition is met

Machine Language: A low-level programming language that includes binary digits or bits understood by the computer

Machine Learning: A type of artificial intelligence that uses data and algorithms to enable systems to learn and predict outcomes without being programmed specifically for the task

Nested: A code contained within other code that serves a specific function

Null: A keyword or character indicating something has zero value or that the value is unknown, or the absence of data

Object: Sections of data or code developed to write a program

Object Oriented Programming (OOP): Programming that focuses on using objects to write programs rather than functions and logic

Operating System (OS): Software that controls how a computer functions

Output: Processed data or data generated by a computer

Packets: A formatted group of data transferred over a computer network

Pair Programming: An agile software development technique that unites two programmers at one workstation to simultaneously write and review each line of code

PHP: A general-purpose scripting language used to create websites and applications that takes data and presents it on a webpage

Pixel: The smallest display element of an electronic screen or bitmap image

R: A programming language for statistical computing and graphics

React: An open-source JavaScript library with resources that focus on building user interfaces

Ruby on Rails: A full-stack framework equipped with the tools to build front- and back-end web applications

Scripting Language: A type of programming language without a compilation step.

Scripts: A program or sequence of instructions that other software interprets or carries out

Server: The computer program or device that send data to a network, another computer, and to users

Server-Side: Functions that happen on the server end of a program or operation

Sprint: A period of time in which to finish a task

Stack: A structure of elements that operates on the last-in, first-out programming principle

Static Language: A programming language that verifies and enforces type constraints at compile time, such as C++, C, and Java

Syntax: Rules that define the structure of a language

Terminal: The text-based interface to a computer where a user can type commands, execute programs, and open files

Testing: The process of running software to evaluate and verify it functions properly

Universal Resource Locator (URL): A reference to the address used to locate a resource on the internet

Usability Testing: Evaluating a program or product by testing it on users

User Interface Design (UI): The process of building interfaces based on style, look, feel, and interactivity

Variable: A symbol that serves as a placeholder for a quantity that may change; also a name for an unknown quantity

Version Control: The practices of tracking and managing changes to software

WET: An acronym for "write everything twice," the antithesis to the DRY principle

While Loops: Instructions to execute a set of statements as long as a condition is true

XML: An acronym for extensible markup language, a simple text-based language and file format for storing, transmitting, and reconstructing data

Get Started in Programming

What is Coding and What is it Used For?
Guide to Programming and Coding Languages
Common Coding Bootcamp Prerequisites

Programming is not difficult, it just takes time to learn. By learning programming languages, syntax, and usage, programming can be a fun and useful skill.

What are some basic coding terms to be familiar with?

Some basic coding terms to be familiar with are languages programmers use, like Python and JavaScript. Core concepts such as algorithms, databases, and scripts are also important to know.

How do I start learning programming?

To learn programming, visit resources online, consider taking a class, or find a book that covers aspects of coding and programming. Websites for Python and JavaScript have libraries and communities to give you access.

What programming language should I start with?

The programming language you should start with depends on what kind of programming you want to do. General-purpose languages can create various programs and applications, while a language HTML is useful only in web development. 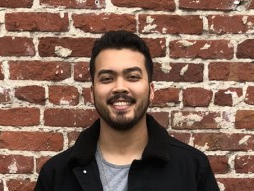 Darnell Kenebrew is a first-generation graduate from San Francisco State University's class of 2020. He graduated with a bachelor's in computer science, which helped him kick off a career in tech and pursue roles within data and engineering.

Currently, he's a data analytics engineer at Meta and an executive captain for COOP Careers — a nonprofit for overcoming underemployment. Kenebrew strongly believes in giving people a chance and that everyone should have an equal opportunity within the job market. He believes that COOP Careers helps this equality materialize.

Kenebrew is passionate about how the industry is shaped with data and how data can be leveraged in many aspects of business decisions to meet goals. In addition, he's passionate about inclusion, community, education, and using data for good. He hopes that he can pivot business decisions to make a positive, meaningful impact and that his work will positively impact end-users, as well as meet business goals.

Darnell Kenebrew is a paid member of the Red Ventures Education Integrity Network.