Nina Chamlou specializes in writing features that draw from scientific studies and expert commentary. She loves covering topics worthy of more attention in healthcare, education, mental health, and social justice. Her work has been featured on psycho...

Monali Chuatico is a data engineer at Mission Lane and a data analytics captain at the nonprofit COOP Careers. There, Monali helps new grads and young professionals overcome underemployment by teaching them data analytics tools and mentoring them on ...

Robotics can provide students with the knowledge and skills to pursue opportunities in STEM. Learn more about educational paths and industries for tech students.
Credit: Cravetiger / Moment / Getty Images

The increasing prevalence of digitization, the Internet of Things, and automation are changing the job market. The Bureau of Labor Statistics projects science, technology, engineering, and mathematics (STEM) occupations – including robotics – to grow more than twice as fast as all other occupations from 2019-2029.

While some schools have invested more in technology, like smart boards and newer computers, the teaching model and curriculum are largely the same. But the world in which students will enter upon graduation – and the economy – have changed dramatically.

With the use of A.I. and machine learning on the rise, demand for automatable tasks, such as manual labor and customer service, will decline. But demand for tech skills and uniquely human abilities, such as emotional intelligence and creativity, will rise.

Economists and policymakers are concerned that students in public schools aren't well prepared to pursue STEM disciplines in college. Incorporating lessons related to robotics into K-8 education gives students the opportunity to see how their math and science courses integrate with exciting, relevant technology like A.I. and automation. But bringing this to reality is no small feat.

The two largest hurdles are cost and teacher training opportunities. Computer equipment and software subscriptions that teach STEM concepts aren't attainable for many schools that are already over budget.

According to Google's education report, only 10% of K-12 teachers in the U.S. report feeling confident in their capability to use higher-level technology in their classrooms. However, 79% of teachers report wanting to go through tech training.

Federal governments are starting to take action. For example, Ontario is introducing new STEM curricula for its public schools grades 1-9 that will go into effect in the 2022-23 school year. The U.S. is also investing in improvements. The STEM Education Strategic Plan, published in 2018, outlined a strategy to improve STEM curricula over the next five years.

Why Is Robotics Technology Important?

So, why is it important to introduce students to robotics? The technology is being used to automate processes in countless industries, from healthcare to agriculture.

Nearly 90% of businesses worldwide plan to implement robotics into their infrastructure. And the number of jobs related to developing A.I.-related technologies, including robotics, are expected to grow from 20 to 50 million by 2030. So, educating students in STEM is essential for preparing them for these opportunities.

Research supports that students who are engaged in STEM before adolescence are more likely to pursue careers in the field later in life. This could also help encourage BIPOC children and girls to take interest in the industry, which is still predominantly white and male.

Working toward gender and racial equality in STEM is important because it helps increase access to job opportunities in an in-demand, high-paying industry. But that's not the only benefit. Diverse companies have been shown to have higher profits and performance.

Traditional math and science classes are a good place to start. However, STEM resources that incorporate math and science lessons into interactive activities allow students to make connections between abstract knowledge and reality.

For example, designing and building a model bridge – perhaps with a 3D printer – teaches students the fundamentals of civil engineering.

Playing computer games that allow students to drag and drop pieces of code teaches them the basics of programming, especially block-based programming. Using a pre-made kit to build a simple robot teaches students about the different components that enable it to function.

Studies show that these collaborative activities increase students' enthusiasm about STEM subjects. But the benefits of integrating more hands-on lessons extend beyond generating interest in STEM.

Giving students more interactive experiences also provides them opportunities to try, fail, and come up with solutions. This learning style fosters ingenuity, confidence, creativity, critical-thinking and adaptability, which benefits them long-term – regardless of whether or not they choose to pursue STEM careers later in life.

Robotics is a multidisciplinary field with opportunities for people from various STEM backgrounds. A 2019 Oxford Economic report estimates that 20 million manufacturing jobs will be replaced by robots by 2030. The robotics market is also expected to nearly triple in value between 2020 and 2026, according to a robotics market forecast.

Read on to learn more about the three main areas of robotics and the education needed to pursue these subfields.

Mechanical engineers design the "body" of a robot, such as the frame, joint mechanisms, and bearings. They make decisions such as how a robot looks and the materials it’s made out of. They also think about how a robot could malfunction and try to prevent potential failures in their design.

Professionals in this area need to understand the principles of motion, force, structure, and design of a machine. Mechanical engineering is a good fit for this path. Typical classes at the bachelor's level include dynamics, mechanics of materials, fluid mechanics, thermodynamics, and control systems engineering.

Electrical engineers design the "nervous system" of a robot. More specifically, they are responsible for its power generation and control systems.

Computer programmers create a robot's "brain." In other words, they write the instructions that robots use to navigate and interact with their physical surroundings. Various programming languages can be used to code robots, e.g. C/C++, Java, Fortran, Python, among others.

Programmers incorporate "machine learning" into their code, which allows the robot to use the data it collects from sensors, such as cameras and microphones, to optimize its performance.

For example, some machine learning-enabled robots can improve their ability to pick up and hold onto an object by learning the best way to position its arm, where to apply pressure, and how much force to use.

The path to becoming a robotics programmer is usually to pursue a bachelor's degree in computer science. Typical classes include algorithms, computer systems, principles of programming languages, and software engineering. There are many scholarship opportunities available for students interested in computer science.

There are various industries using robotics that candidates with engineering expertise can choose from. These are the top five fields: 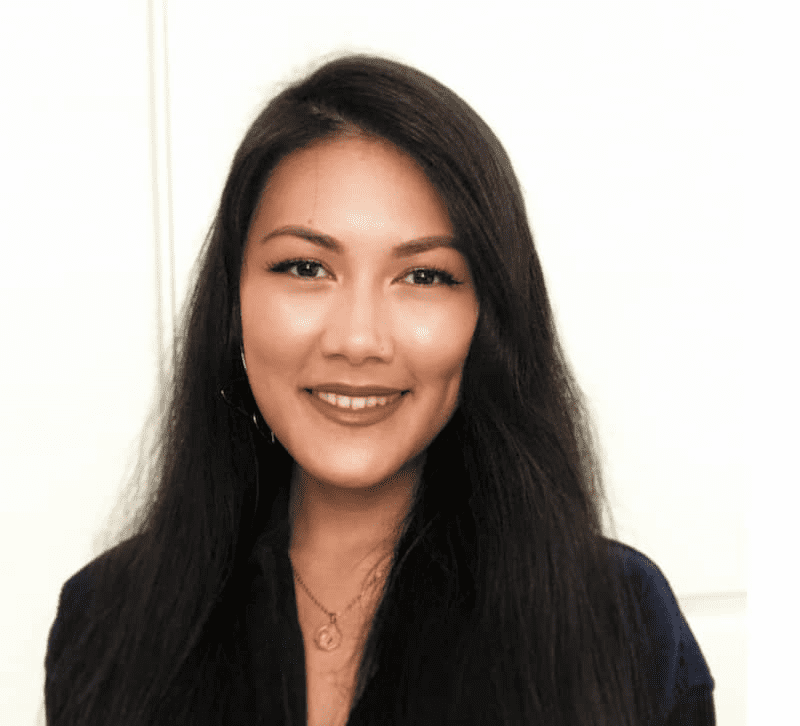 In 2019, Monali Mirel Chuatico graduated with her bachelor's in computer science, which gave her the foundation that she needed to excel in roles such as a data engineer, front-end developer, UX designer, and computer science instructor.